All About the Porphyrias http://www.porphyriafoundation.com/about-porphyria


Click on the bold blue text below or on a topic listed on the left side of the page to read more.
Porphyria is not a single disease but a group of at least eight disorders that differ considerably from each other. A common feature in all porphyrias is the accumulation in the body of porphyrins or porphyrin precursors. Although these are normal body chemicals, they normally do not accumulate. Precisely which of these chemicals builds up depends on the type of porphyria.
The terms porphyrin and porphyria are derived from the Greek word porphyrus, meaning purple. Urine from some porphyria patients may be reddish in color due to the presence of excess porphyrins and related substances in the urine, and the urine may darken after exposure to light.
The symptoms and treatment vary significantly from one type of Porphyria to the next.
Porphyria symptoms arise mostly from effects on either the nervous system or the skin. Effects on the nervous system occur in the acute porphyrias (AIP, ADP, HCP and VP). Proper diagnosis is often delayed because the symptoms are nonspecific. Skin manifestations can include burning, blistering and scarring of sun-exposed areas.
The porphyrias are rare diseases. Taken together, all forms of porphyria afflict fewer than 200,000 people in the United States. Based on European studies, the prevalence of the most common porphyria, porphyria cutanea tarda (PCT), is 1 in 10,000, the most common acute porphyria, acute intermittent porphyria (AlP), is about 1 in 20,000, and the most common erythropoietic porphyria, erythropoietic protoporphyria (EPP), is estimated at 1 in 50,000 to 75,000. Congenital erythropoietic porphyria (CEP) is extremely rare with prevalence estimates of 1 in 1,000,000 or less. Only 6 cases of ALAD-deficiency porphyria (ADP) are documented.
EPP is the most common porphyria in childhood, and the one associated with the longest delays in diagnosis.
This section of our website includes basic information about symptoms, diagnosis and treatment of the eight types of Porphyria. You will also find information on diet and nutrition in porphyria and on the history of the disease.
Please see the Testing for Porphyria, Treatment Options and Healthcare Professionals sections of our website for more detailed information.
Isitaip.com is another outstanding resource for helping in the diagnosing of the Acute Porphyrias. 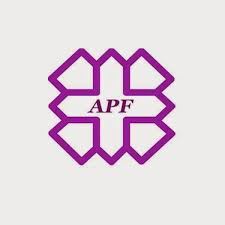 Popular posts from this blog

By Purple Light September 16, 2019
Q & A WITH PORPHYRIA EXPERT, DR. BRUCE WANG, UCSF
The APF asked our Facebook friends for their top questions they would ask a porphyria expert.
The following questions were submitted to Dr. Wang for his responses ... Q. Does EPP give us bad teeth? Also, do people with EPP get stomach pains or is that with the other porphyias? A. The porphyrin that accumulates in EPP patients is protoporphyrin IX, which does not cause discoloration to teeth or abdominal pain.
The type of porphyria that leads to discolored teeth is Congenital Erythropoietic Protoporphyria. The porphyrias that lead to episodic abdominal pain attacks are the acute hepatic porphyrias. Q. I have EPP and I have a severe reaction on my hands and lips. Do I seek urgent care? Also, what can you even do when you burn your lips? A. The acute reactions to sunlight in EPP can be very severe and, unfortunately, there are not many effective options to treat the symptoms. Nonsteroidal anti-inflammatory drugs (NSAIDS such as ibup…
Post a Comment
Read more